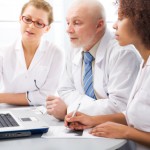 Psychologists Wendy Waite and Mark D. Holder (2003) from the Department of Psychology, Okanagan University College in Canada, found that a single application of EFT produced significant reductions in self-reported fear in a university cohort. They argued that EFT works because it shares some of the same components as systematic desensitization.

The treatment group received a 15 minute EFT session while a performance-matched control group received a placebo intervention of similar duration (free throw tips).  Performance was measured on free throws and vertical jump height. The time frame of data collection and treatment simulated an actual basketball game.  Players who received the EFT intervention improved an average of 20.8%, while the attention control group decreased an average of 16.6%.

Click here for  full text of the study (PDF)

Psychologists Sharon Jones and Dr Henry B Andrews from Curtin University (Jones and Andrews, 2001) studied EFT treatment (vs. waiting list control) of public speaking anxiety in treatment sessions of 45-minutes conducted by Psychologists in the University counseling center. The authors found significant improvements in self-report (Spielberger STAI) and subjective levels of anxiety for EFT treatment. In tracking the results of EFT treatment throughout the session, they found that subjective anxiety was significantly reduced after just 15 minutes of EFT treatment and continued to reduce throughout the treatment session.

Reduces seizures in children with epilepsy

In another study, Dr. Swingle used EFT as a treatment for children diagnosed with epilepsy. The children were administered EFT by their parents every time each day that the parents suspected a seizure might occur. Swingle found significant reductions in seizure frequency among these very young children, as well as extensive clinical improvement in the children’s E. E. G. readings after exposure to two weeks of daily in-home EFT treatment.

Swingle, P. (May, 2000). Effects of the Emotional Freedom Techniques (EFT) method on seizure frequency in children diagnosed with epilepsy. Paper presented at the annual meeting of the Association for Comprehensive Energy Psychology, Las Vegas, NV.

Cortisol is a physiological marker for stress. Elevated cortisol levels are associated with accelerated aging, many organic diseases, and psychological conditions such as depression and anxiety. This study examined the changes in cortisol levels and psychological symptoms of 83 non-clinical subjects receiving a single hour long intervention. Subjects were randomly assigned to either an EFT group, a psychotherapy group receiving a supportive interview (SI), or a no treatment (NT) group. Salivary cortisol assays were performed immediately before, and thirty minutes after the intervention.

The EFT group showed clinically and statistically significant improvements in anxiety, depression, the overall severity of symptoms, and symptom breadth across conditions. There were no significant changes in cortisol levels between SI and NT ; however cortisol in the EFT group dropped significantly compared to SI and NT. The reduced cortisol levels in the EFT group correlated with decreased severity in psychological symptoms as measured by the in the current study, EFT was shown to significantly improve both cortisol-related stress levels and self-reported psychological symptoms after a single treatment session.

Clinical Research on EFT Tapping effectiveness for PTSD
(the study)